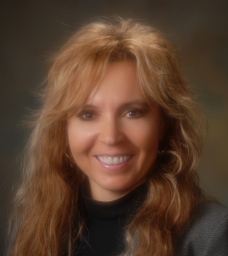 Irena Juras is the founder and managing member of the Juras Law Firm, PLC.  She has over 16 years of legal experience focusing on Immigration Law, Bankruptcy Law, International Law and Business Law. Irena is licensed to practice law in Arizona and New York.

Irena Juras received her first law degree in the Czech Republic where she practiced commercial law. She received her second law degree from the University of Arizona James E. Rogers College of Law with a focus on International Law. For two years she worked as a law clerk to the Honorable James M. Marlar, the U.S. Bankruptcy Judge for the District of Arizona (1999-2001). Subsequently, she entered private practice and broadened her focus to include International Business Transactions,  Immigration Law and Business Law. Her cross-cultural, multilingual background and legal training and experience in both civil and common law make her uniquely qualified to represent U.S. and foreign clients in cross-border transactions, international bankruptcies and immigration matters. She is fluent in English and Czech in addition to having a working knowledge of Russian and German.

Hon. James M. Marlar in the U.S. Bankruptcy Court for the District of Arizona, Law Clerk